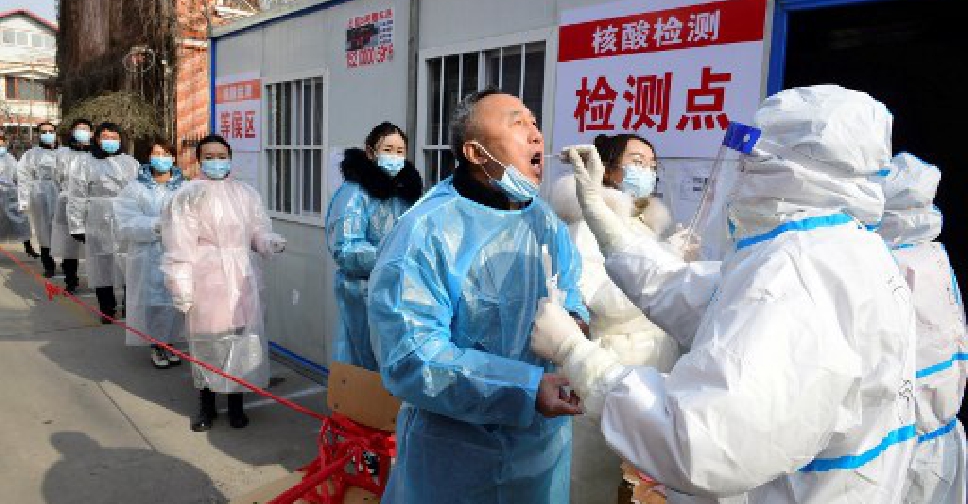 China reported more than 100 new COVID-19 cases for the sixth consecutive day, with rising infections in the northeast fuelling concerns of another national wave ahead of the country's biggest holiday.

The National Health Commission said in a statement on Monday that a total of 109 new COVID-19 cases were reported on Jan. 17, unchanged from a day earlier. Of the 93 local infections, 54 were reported in Hebei province that surrounds Beijing. Northeastern Jilin province reported a record 30 new cases, underscoring the risk of new clusters emerging.

Daily increases still remain a fraction of what the country saw at the height of the outbreak in early 2020, but authorities are implementing an aggressive package of measures including the lockdown of more than 29 million people in order to keep the disease from bringing the country to another painful standstill.

But though the official Xinhua news agency warned in a commentary that local governments should not "cry wolf", many have been introducing a series of fresh curbs.

The city of Gongzhuling in Jilin province, which has a population of around 1 million people, has also imposed a strict lockdown, shutting all but essential stores. It said in a notice that it is "strictly forbidden" for anyone to go out unless they are scheduled to get a COVID-19 test at a designated site.

The outbreak in Jilin is believed to have been caused by an infected salesman travelling to and from the neighbouring province of Heilongjiang, the site of a previous cluster of cases.

The number of new asymptomatic cases, which China does not classify as confirmed cases, fell to 115 from 119 cases a day earlier.

The total number of confirmed COVID-19 cases in mainland China is 89,336, while the death toll remained unchanged at 4,635. The data excludes cases from Macau and Hong Kong, which are Chinese cities but report new cases independently, and self-ruled Taiwan which China claims as its own.

The World Health Organization (WHO) team currently in China has already begun its investigations into the origins of the global pandemic.

WHO representatives said on Friday that they have begun discussions with their Chinese counterparts via video conference as they remain in quarantine.