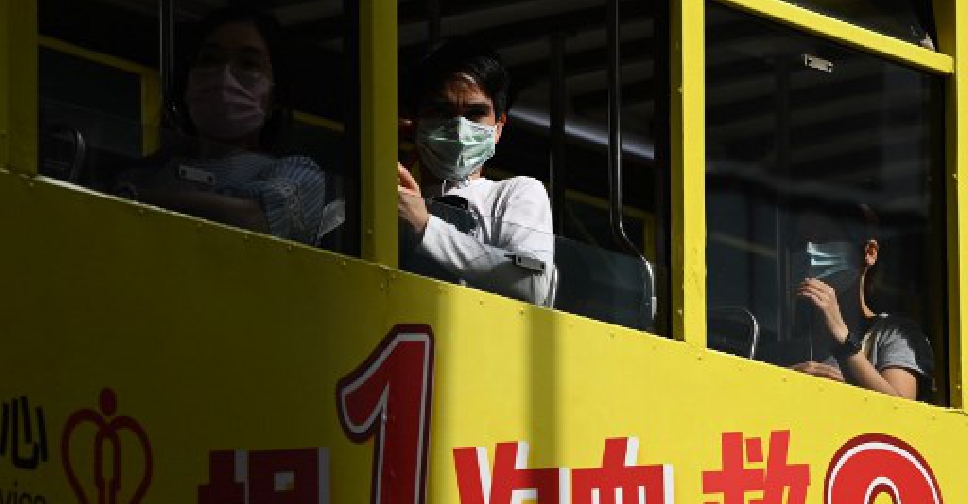 China's capital Beijing said on Wednesday it will investigate all individuals who entered the city from abroad from Dec. 10 and shut down a subway station after reporting the biggest daily jump in new COVID-19 cases in more than three weeks.

The measures come amid what has become the country's most severe COVID-19 outbreak since March 2020 ahead of the key Chinese Lunar New Year holiday season, when hundreds of millions travel, raising fears of another major COVID-19 wave that could bring the country back into a debilitating standstill.

The National Health Commission said on Wednesday that a total of 103 new COVID-19 cases were reported on Jan. 19, down from 118 a day earlier. Northeastern Jilin province reported 46 new cases, however, setting another record in daily cases, while Hebei province surrounding Beijing reported 19 new cases.

Beijing reported seven new cases, matching the total reported on Dec. 28. Of these new patients, six patients live in Daxing district and the city's subway operator said it shut down the Tiangong Yuan metro station located nearby the Daxing patients as part of COVID-19 prevention measures.

China has opted to let local governments choose their own tactics to battle the latest outbreaks, an approach that avoids the kinds of widespread shutdowns during the height of the epidemic in 2020.

Local authorities in northeast China, where most of the new cases are located, have employed a combination of measures including lockdowns, travel curbs and mass testing. Tens of millions have been put into home or centralised quarantine in Hebei, Jilin and Heilongjiang provinces.

Songyuan city in Jilin on Wednesday ordered a lockdown for the main urban area under its jurisdiction and began mass testing. Harbin, the provincial capital of Heilongjiang province, has temporarily shut down businesses and public venues such as gyms, coffee shops, karaokes and religious institutions.

One communist party official in a village in Shijiazhuang, capital of Hebei province, was suspended for mistreatment of a man who tried to enter the village to buy cigarettes against orders to turn back. The man was tied to a tree and verbally abused under the party official's directions.

The number of new asymptomatic cases, which China does not classify as confirmed cases, fell to 58 from 91 cases a day earlier.

The total number of confirmed COVID-19 cases in mainland China now stands at 88,557, while the death toll remained unchanged at 4,635.

The figures exclude cases reported in Hong Kong and Macau, which are Chinese territories but independently report their data. The commission also excludes cases reported in Taiwan, the self-ruled island that China claims as its own.