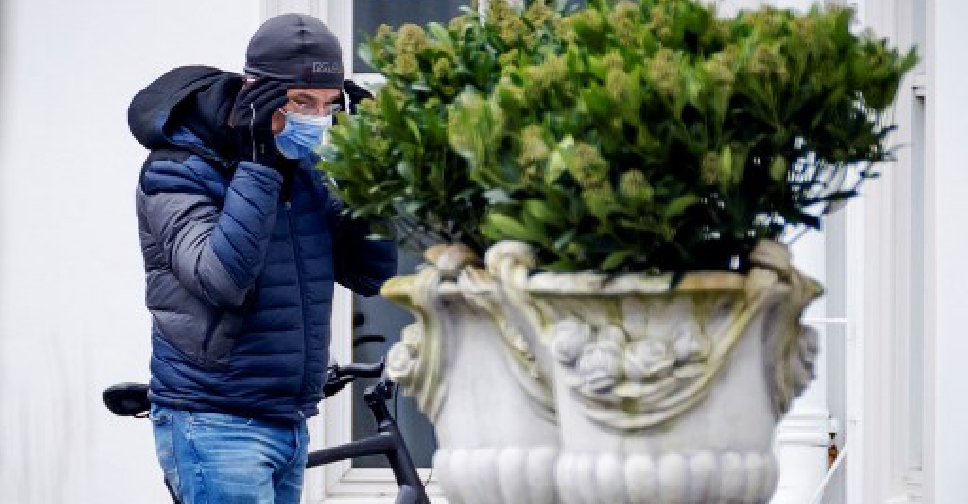 The Dutch government is set to add the first nationwide curfew since World War II to its already broad lockdown on Wednesday in a bid to limit the spread of new coronavirus mutations in the Netherlands, broadcaster RTL said.

The curfew would allow only people with pressing needs to leave their homes between 8:30 p.m. and 4:30 a.m. local time as of Friday night, RTL said, citing government sources.

Schools and non-essential shops have already been closed since mid-December, following the shutdown of bars and restaurants two months earlier.

The introduction of the first night curfew since that imposed on the Dutch by German occupiers in World War II is highly contentious, and various political parties have already said they will never back it.

The government is discussing the curfew and other possible measures on Wednesday morning, and has said it will announce its decisions early in the afternoon.

It will then seek the backing of parliament for its measures in a debate expected to start around 1500 GMT. The curfew however can be imposed without the backing of opposition parties.

The government is also considering whether to ban travel to and from Britain and South Africa, RTL said, to limit the spread of the highly contagious variants of the virus which were first discovered there.

Infections in the Netherlands have decreased steadily in the past three weeks, but health authorities say the new variants will lead to a new surge by next month if social distancing measures are not tightened.

The Dutch government currently has a caretaker status, as Rutte last Friday handed his resignation to King Willem-Alexander following a damning report on his cabinet's handling of childcare subsidies.

Rutte has said he will remain able to take decisions on COVID-19 policies until a new government is formed after the March 17 elections, seeking broad support for measures from both coalition and opposition parties.