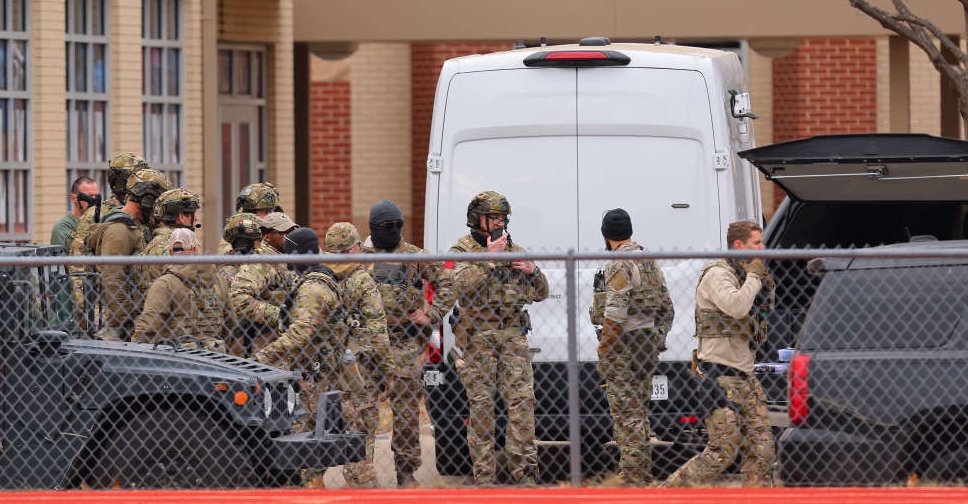 An FBI Hostage Rescue Team stormed a synagogue in Colleyville, Texas on Saturday night to free three remaining hostages of a gunman who had disrupted a religious service and began a standoff with police more than 10 hours earlier.

All the hostages were safely released on Saturday night and the gunman was dead, Colleyville Police Chief Michael Miller said at a news conference.

The gunman had initially taken four people hostage, including the rabbi, at the Congregation Beth Israel, officials said. One hostage was released unharmed six hours later.

Local reporters said they heard the sound of explosions, possibly flashbangs, and the sound of gunfire shortly before Texas Governor Greg Abbott announced the crisis was over.

"Prayers answered. All hostages are out alive and safe," Abbott said on Twitter. The FBI said they have confirmed the identity of the gunman but said they would not yet disclose it. The FBI declined to confirm the cause of his death, saying it was still under investigation.

The Colleyville Police Department said it first responded to the synagogue with SWAT teams in response to emergency calls beginning at about 10:41 am (local time) during the Shabbat service, which was being broadcast online. FBI negotiators soon opened contact with the man, who said he wanted to speak to a woman held in a federal prison.

No injuries were reported among the hostages.

In the first few hours, the man could be heard having a one-sided conversation in what appeared to be a phone call during a Facebook livestream of the service of the Reform Jewish synagogue in Colleyville, which is about 26 km northeast of Fort Worth. The livestream cut off around 3:00 pm EST (2000 GMT).

President Joe Biden was briefed on the crisis, and Israeli Prime Minister Naftali Bennett said on Twitter he was praying for the safety of the hostages.