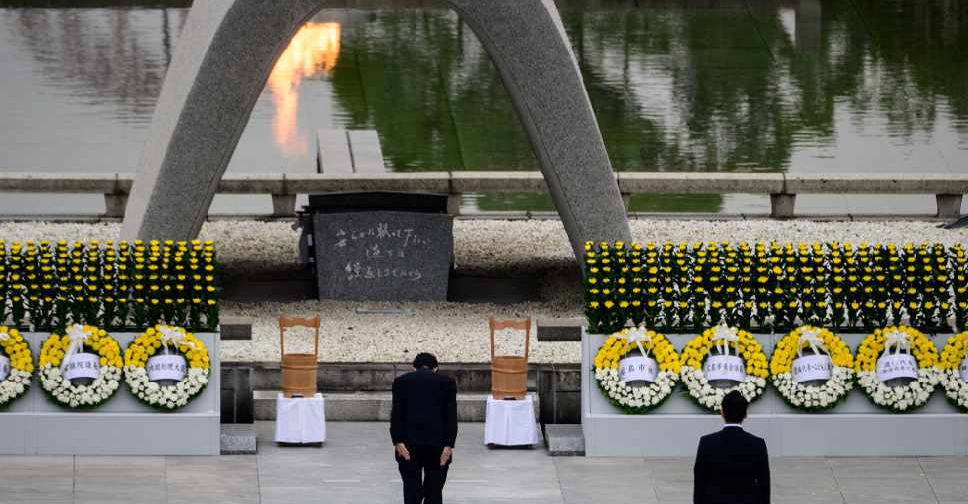 Bells tolled in Hiroshima on Thursday for the 75th anniversary of the world's first atomic bombing, with ceremonies downsized due to the coronavirus.

Though thousands usually pack the Peace Park in the centre of the Japanese city to pray, sing and offer paper cranes as a symbol of peace, the entrance was sharply limited and only survivors and their families could attend the memorial ceremony.

The city said the significance of the anniversary of the bombing that killed 140,000 people before the end of 1945 had prompted its decision to hold the ceremony despite the spread of the virus, but taking strict precautions.

"On August 6, 1945, a single atomic bomb destroyed our city. Rumour at the time had it that 'Nothing will grow here for 75 years,'" said mayor Kazumi Matsui.

"And yet, Hiroshima recovered, becoming a symbol of peace."

At 8:15 am on August 6, 1945, US B-29 warplane Enola Gay dropped a bomb nicknamed "Little Boy" and obliterated the city with an estimated population of 350,000, where thousands more died later from injuries and radiation-related illnesses.

On Thursday, as cicadas shrilled in the heavy summer heat and the Peace Bell sounded, the crowd stood to observe a moment of silence at the exact time the bomb exploded.

Prime Minister Shinzo Abe attended as usual, but the number of foreign visitors was down. Overall attendance was scaled back to less than a tenth of the usual figure, with chairs spaced far apart and most people wearing masks.