India's protesting farmers, government to hold new round of talks 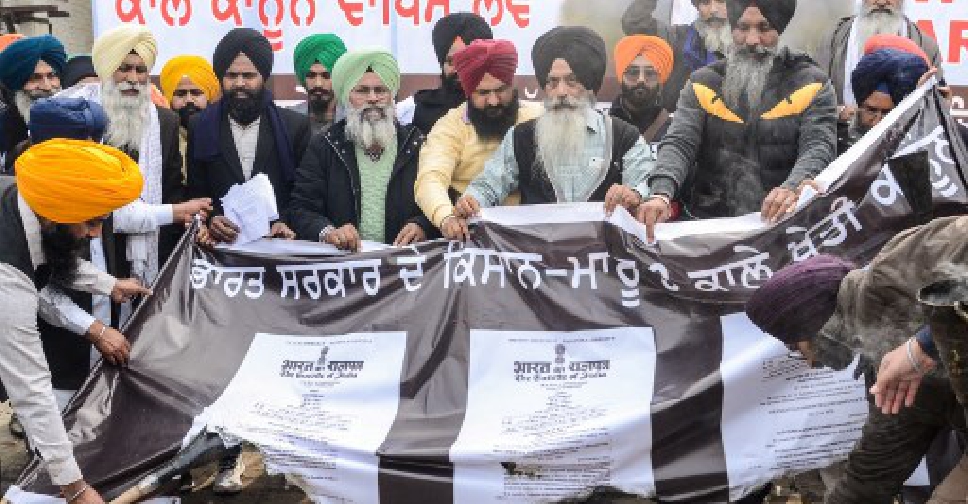 The Indian government will hold new talks with the leaders of tens of thousands of farmers camped on the outskirts of New Delhi for almost two months protesting for the repeal of new agricultural laws they say threaten their livelihoods.

Prime Minister Narendra Modi's government has been urging the farmers to end their protest over the laws introduced in September, but the farmers say they will not relent on their demands, as the bills are designed to benefit private buyers at the expense of growers.

Previous rounds of talks have so far failed to mollify tens of thousands of farmers who have been camping out on the outskirts of the capital New Delhi for almost two months.

Protesting farmers have threatened to further intensify their agitation by marching to Delhi on Jan. 26, when India celebrates its Republic Day.

On Tuesday, India's Supreme Court ordered an indefinite stay on the implementation of new agricultural laws and appointed a four-member panel to hear farmers' objections.

Raising doubts over the panel's composition, farmer union leaders have said they would not appear before the committee.

The panel members have been in favour of the three laws, protesting farmers said.

Bhupinder Singh Mann, one of the four members, has recused himself from the Supreme Court-appointed panel.

Mann comes from the northern state of Punjab, one of India's breadbasket states, and Punjab's politically influential farmers have been at the vanguard of the agitation against the three laws.