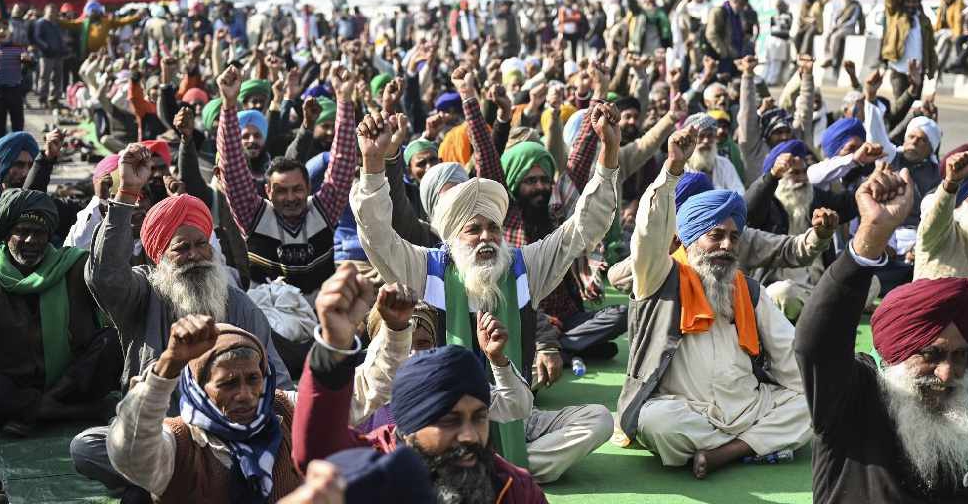 India's Supreme Court on Monday criticised the government for failing to break a deadlock with farmers protesting against reforms of the agricultural sector.

Tens of thousands of farmers have been camped on the outskirts of the capital, New Delhi, for more than a month, and have promised to march during Republic Day celebrations on January 26, against what they see as laws benefiting large private buyers at the expense of producers.

Chief Justice Sharad Arvind Bobde said in a hearing on Monday the drawn-out confrontation was causing distress to farmers.

"We are extremely disappointed at the way government is handling all this," Bobde said.

"We don't know what consultative process you followed before the laws. Many states are up in rebellion."

He repeated a suggestion that the government pause the legislation while farmers' concerns are heard and said the court would pass orders if the two sides remained at an impasse.

The government of Prime Minister Narendra Modi says the legislation is aimed at modernising an antiquated agricultural system, which suffers from colossal wastage and bottlenecks in the supply chain.

But farm leaders say the laws are an attempt to erode a longstanding minimum support price for their crops and they want a full repeal of the laws.

The government has said there was "no question" of this happening, and eight rounds of talks have failed to find common ground. The two sides are set to next meet on Friday.