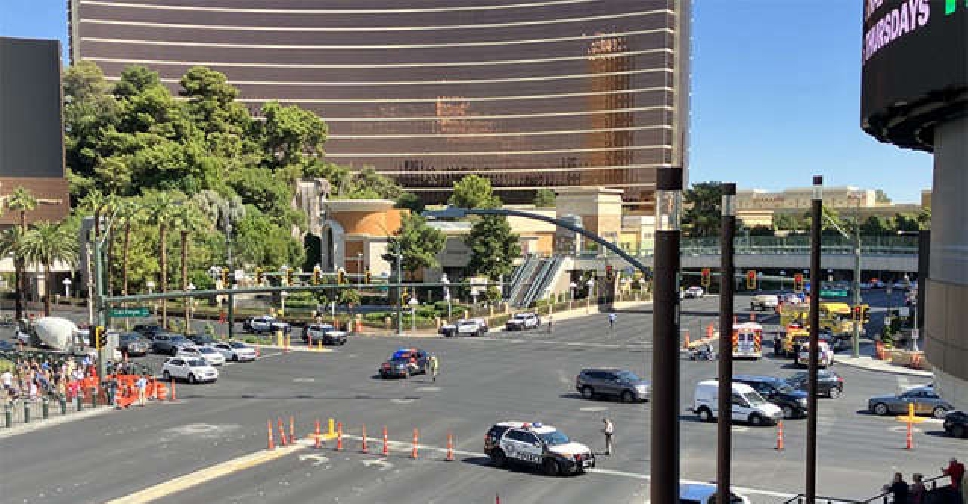 A man wielding a knife with a long blade stabbed eight people, two of them fatally, in an unprovoked rampage on Thursday along the Las Vegas Strip, and was arrested a short time later, local authorities said.

The suspect, described as a man believed to be in his early 30s who was not from the area, used a large knife with a long blade and was taken into custody soon after the attack, authorities said. Officials said they were working to confirm his identity.

Police said the man would be booked into the Clark County Detention Center.

Of the eight people stabbed, one was pronounced dead at the scene and one died at a nearby hospital. Six other victims were hospitalized, three of them listed in critical condition and three listed as stable, the LVMPD said in a statement.

The stabbings took place just before noon on the sidewalk along a stretch of South Las Vegas Boulevard known as the Strip. Police said the suspect's motive was not immediately known.

No altercation proceeded the attacks, and the suspect was followed by witnesses as he fled on foot before being quickly apprehended, a deputy police chief, James LaRochelle, told reporters.

"This guy came, ran up, and started stabbing this lady in front of me, and she ran around the escalators and she tried to get up under the bridge and her girlfriend was trying to help her," witness Jason Adams told local television station KLAS-TV.

LaRochelle called it "a very tragic and hard-to-understand and hard-to-comprehend murder investigation."

Nevada Governor Steve Sisolak said in a statement on Twitter that the state would make resources available to boost security on the Strip.

"Our hearts are with all those affected by this tragedy," he said.

Las Vegas, known for its casinos, attractions and night life, was the scene of the deadliest mass shooting in modern U.S. history when a sniper opened fire from a high-rise hotel on a crowd attending an outdoor music festival in October 2017, killing 60 people.