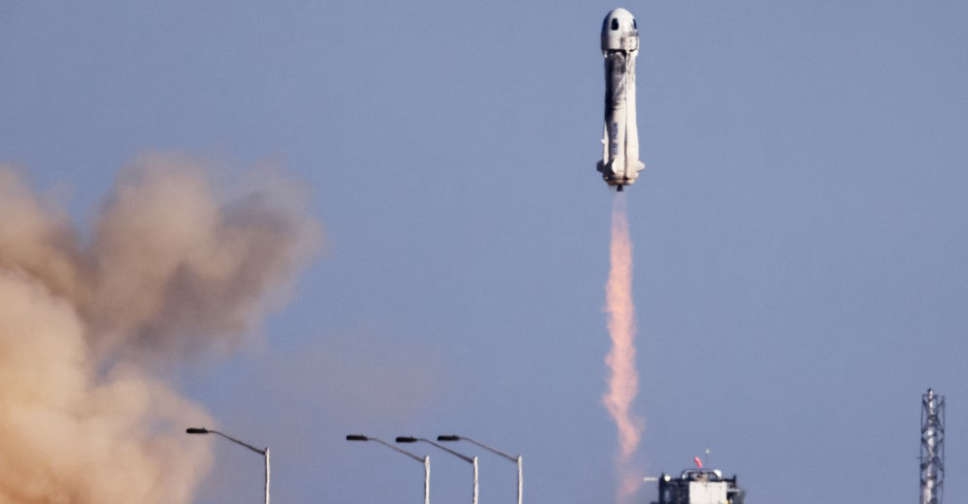 Actor William Shatner soared aboard a Blue Origin rocketship on a suborbital trip and landed in the Texas desert on Wednesday to become at age 90 the oldest person ever in space.

He blasted off on the rocket system developed by US billionaire businessman Jeff Bezos's company which was carrying out its second tourist flight.

Shatner was one of four passengers to journey to the edge of space aboard the white fully autonomous 60-foot-tall New Shepard spacecraft, which took off from Blue Origin's launch site about 20 miles (32 km) outside the rural west Texas town of Van Horn.

The four astronauts experienced about three to four minutes of weightlessness and travelled above the internationally recognised boundary of space known as the Karman Line, about 62 miles (100 km) above Earth.

The crew capsule returned to the Texas desert under parachutes, raising a cloud of dust.

Winds were light and skies were clear for the launch, which was conducted after two delays totalling roughly 45 minutes.

The flight, previously scheduled for Tuesday, was pushed back a day for wind-related reasons.

Blue Origin had a successful debut space tourism flight on July 20, with Bezos and three others aboard, flying to the edge of space and back on a trip lasting 10 minutes and 10 seconds.

The previous record was set in 1998 when pioneering astronaut John Glenn returned to space as a 77-year-old US senator.

Shatner, who turned 90 in March, has been acting since the 1950s and remains busy with entertainment projects and fan conventions.

He is best known for starring as Captain James T. Kirk of the starship Enterprise on the classic 1960s TV series "Star Trek" and seven subsequent films about fictional adventures in outer space.