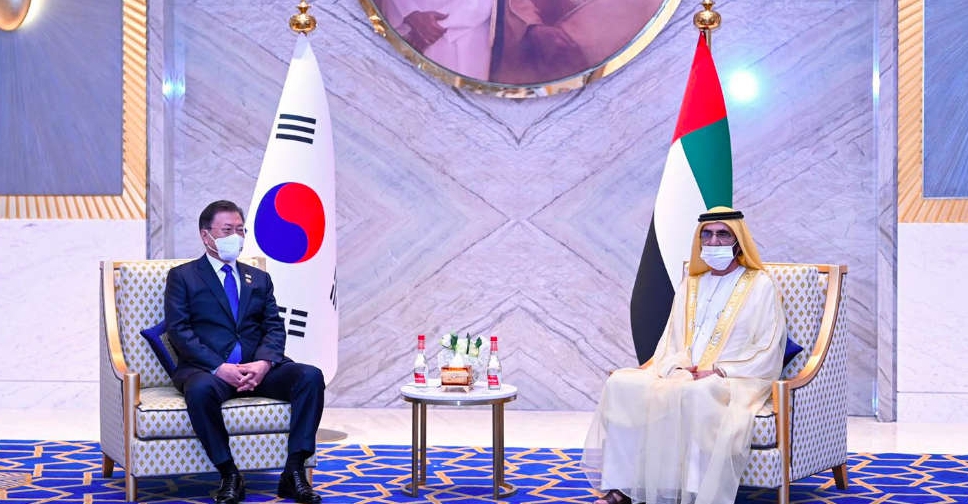 His Highness Sheikh Mohammed bin Rashid Al Maktoum, Vice President and Prime Minister of the UAE and Ruler of Dubai, has met with the President of the Republic of Korea Moon Jae-in at Expo 2020 Dubai.

During the meeting, Sheikh Mohammed praised the strategic partnership between the UAE and the Republic of Korea, and the keenness of both countries to further boost bilateral relations in various areas.

He said that their ties offer opportunities to enhance cooperation in various fields, including the economy, trade, food security, health, culture, space, energy and tourism.

His Highness said that relations between the two countries have witnessed significant progress in a number of vital sectors, with the volume of non-oil trade between the two countries reaching $4.8 billion in 2020. He added that "during the next phase, we plan to draw up plans to further expand cooperation in areas of common interest, as well as explore development opportunities in priority sectors."