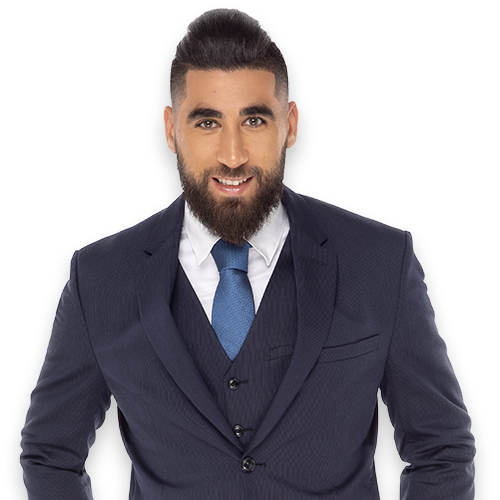 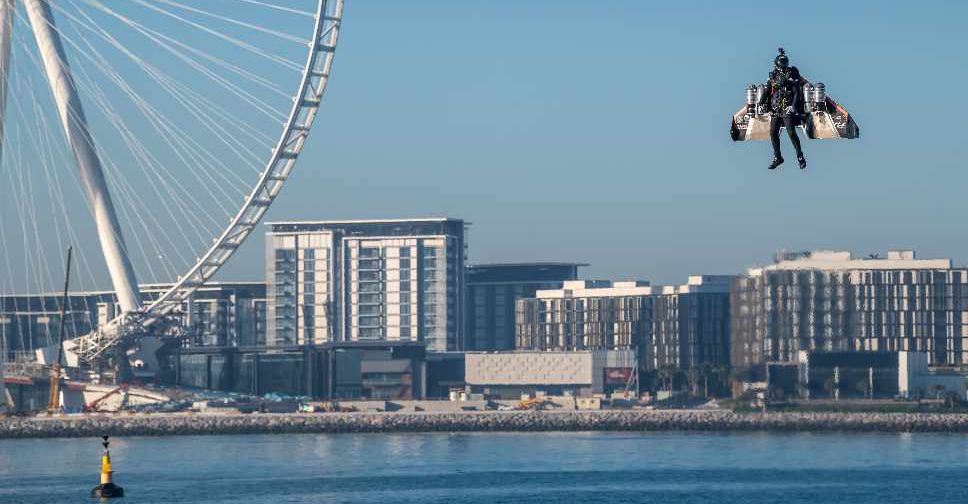 Expo 2020 Dubai and Jetman Dubai have accomplished another world first in their quest to achieve 100 per cent autonomous human flight.

Jetman pilot Vince Reffet successfully launched into the air from the runway of Skydive Dubai and flew up to 1,800 m altitude on Friday, February 14.

This milestone proved that Jetmen can now fly directly upwards from a standing start without the need for an elevated platform.

Reffet was equipped with a carbon fibre wing powered by four mini jet engines. Controlled by the human body, the equipment enables the Jetman to reach speeds of 400 kmh, as well as hovering, changing direction and performing loops.

After becoming airborne at the aerial centre by Jumeirah Beach, Reffet hovered five metres above the waters of the Arabian Gulf for 100 seconds.

Having demonstrated his full control of the flight by performing stops, turns and backward moves, he landed smoothly back onto the Skydive Dubai runway.

Reffet then took off again and headed south towards Jumeirah Beach Residence, building speed and height. Travelling at an average speed of 240 kmh, he climbed 100 m in the air in eight seconds, 200 m in 12 seconds, 500 m in 19 seconds and 1,000 m in 30 seconds.

At the end of his three-minute flight, Reffet performed a roll and a loop at 1,800 m altitude, before opening his parachute at 1,500 m and landing back at Skydive Dubai.

Previously, Jetmen have launched into the air by leaping downwards off elevated platforms such as a helicopter in flight.

This is the first time that a Jetman pilot has combined hovering safely at a low altitude and flying aerobatics at a high altitude in the same flight.

Should an engine failure have occurred at low altitude, Reffet was backed by a pyrotechnic safety parachute that reduces the critical phase of his flight to four seconds (when his altitude is between five and 50 m).

As always, the health and safety of the Jetman was an absolute priority in this stunt. No fewer than 50 preparatory flights were conducted – comprising more than 100 take-offs and landings under a cable and with the safety of a fall arresting system, as well as in-flight tests next to a helicopter.

Shortly after his landing, Vince Reffet said: “We are so happy we achieved this incredible flight. It’s the result of extremely thorough teamwork, where each small step generated huge results. Everything was planned to the split second, and I was overjoyed by the progress that was achieved.

It is another step in a long-term project. One of the next objectives is to land back on the ground after a flight at altitude, without needing to open a parachute. It’s being worked on.”

Development will continue in the coming months. Mission: Human Flight has also been training Ahmed Alshehhi, the first Emirati Jetman, as the UAE prepares to welcome 192 nations and millions of global visitors for Expo 2020 Dubai.

Aysha Al Nuaimi, who is leading the project for Expo 2020 Dubai, said: “We’re delighted to celebrate a landmark moment in the quest to achieve 100 per cent autonomous human flight. It’s fitting that the stunt was performed here in the UAE, the nation of no limits, as Expo 2020 and Jetman Dubai continue to highlight that anything is possible when you combine innovation, passion, creativity and hard work.” 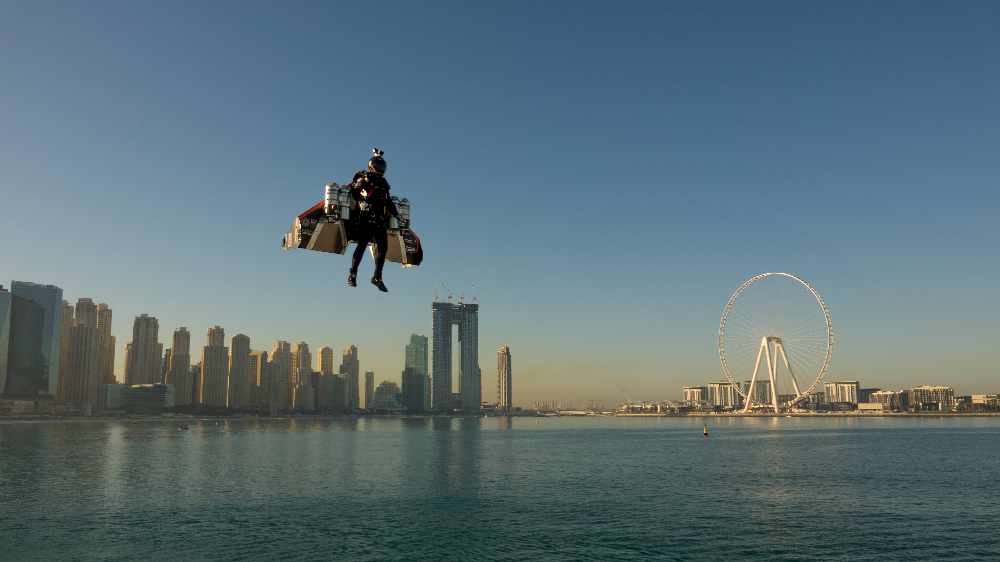